Wednesday night was a busy night full of packing and tacos. Mads knew that Danielle had been a great sport the entire week trying new things that we cooked/ordered…so he asked her what her favorite meal was…. Hence, the night of TACOS. Of course, the girls teased Mads incessantly because he called them “ta-cos” with a short “a” sound……. But they both admitted these were some of the best TACOS they had ever had—regardless of how you say it! 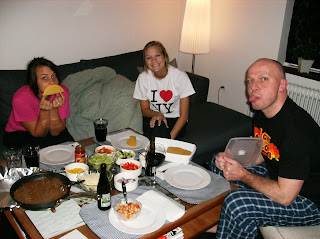 We left Herning bright and early Thursday morning….but unfortunately, we could not take the girls with us. Four people plus 5 suitcases do not equal comfort for 3 hours in Mads’ Honda Civic. So we did what any good parent would do….we put them on the train! They boarded the train for CPH with instructions on what to do at the Central station just in case we were not there when they arrived.

Mads and I stopped to pick up my bouquet for Friday and then headed east ourselves. It was really difficult leaving the house in Herning—not that we were headed to Copenhagen and to a hotel, but that I knew I would not be coming back until January 31….. Anyway—we all made it and reconnected at the CPH Central station—then it was time to head to the hotel and get ready for our afternoon’s adventure. By 3 we were checked in, bundled up and ready to go… 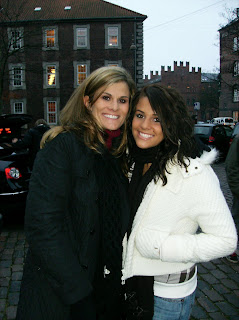 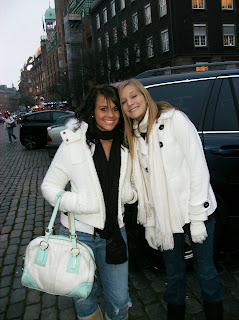 We drove Danielle to Amalieborg Castle—the royal residences of Denmark and to NyHavn…and then headed to find a place to park for the rest of the afternoon. We took the girls to the Copenhagen Cathedral---it was my third time there and it still amazed me. Then we headed to Skildpadden….a sandwich shop where you got to build your own sandwich. Mads was learning with each meal we had that no matter where we ate, it was always an adventure with Jess and Danielle! 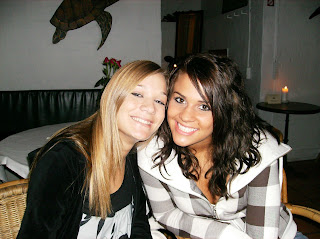 They kept him laughing on a regular basis. 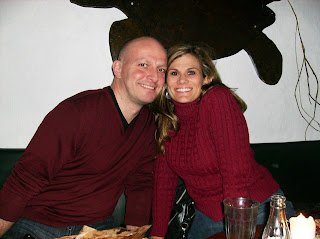 Dinner was over and we headed out to shop at the Strøget….we may not have spent much money, but we had lots of chances for photo opps!

(And speaking of Royal Copenhagen...the amazing china that Denmark is known for...we got some for a wedding gift! So now we have our own collection started!)

Of course we had to make a stop at Mads’ shop….. Mads Nørgaard, Strøget….home of the famous designer! Once when we were in Copenhagen last winter, we even bought Mads some clothes by this very nice designer…. I told him it was even better than those moms that sew their kids’ names into their clothes for summer camp! He had his name inside all of his clothes!! 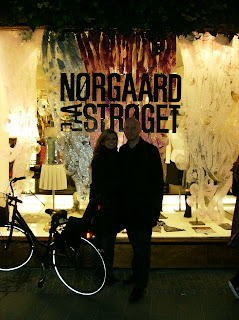 Thursday night was quite the experience as we took the girls to the Absolut Ice Bar—it was like nothing any of us had ever done. The bar is sponsored by Absolut Vodka and is -5 degrees! It was a blast! We had to bundle up and then entered the bar…. The entire place was made of ICE…including the glasses that our drinks were in! 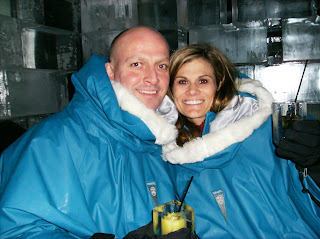 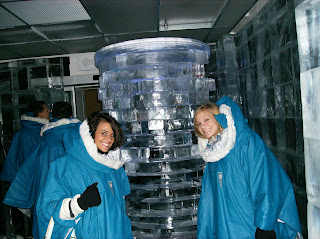 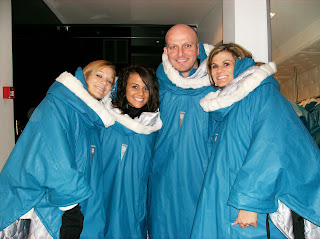 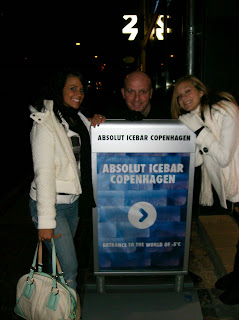 We ended Thursday night at Thomas and Heidi’s (Mads’ brother and sister-in-law) and had a great relaxing time of family, wine and cheese…..it was a great night!! Then it was time to head home to get a good night’s sleep before the big day on Friday!
at 9:24 AM

What fun! If we ever make it over there, we want to go to that place with all of the ice. Nichole and Michael have been there, and it looks like so much fun.

I had no idea you guys had gone to Skildpadden! Michael and I went there once with a friend a few months ago and loved it! It was like Subway, but 1000 times cooler! Yum!

Your pictures all turned out great!! I especially love the one that I think is taken inside of Illum (but Maybe Magasin) with all the lights behind you too! it looks Magical!

Wow! I love the ice bar. That was way cool and your matching outfits were even better!! : )

Chin up. It may sound like Jan. 31 is a long way off but just like every other milestone it will be here before you know it and you will be back at your home!! :)

I crack up laughing every time I see Jess in her Uggs.... since she has MULTIPLE pairs of them.