Well, for those that were as clueless as we were, St. Patrick´s Day (March 17) is almost as big in New Orleans as Mardi Gras! No, they do not turn the Mississippi River green....but that is about ALL they DON´T do! It was CRAZY!

When we woke up on that Monday we headed to Ye Olde Irish Shop to find something to accesssorize ourselves with so that we attempted to LOOK like we remembered March 17...and then we set out for our day! 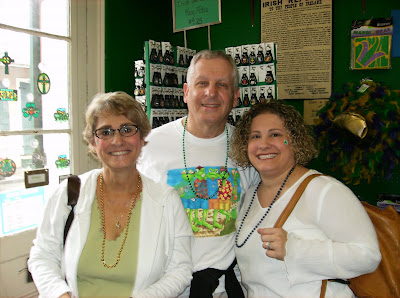 Our plan was to catch the trolley and ride to the Garden District to tour the neighborhoods of all the old historic homes. 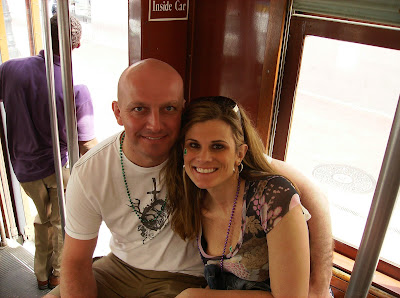 It was an incredible day! Exactly what you think a tour of an old Southern neighborhood ought to look like! Flowers, columns, statues and balconies everywhere! Mads had not ever seen anything quite like it and I had to admit that I was pretty amazed myself! 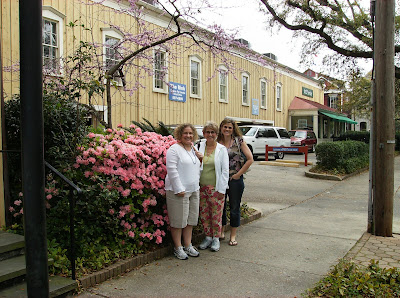 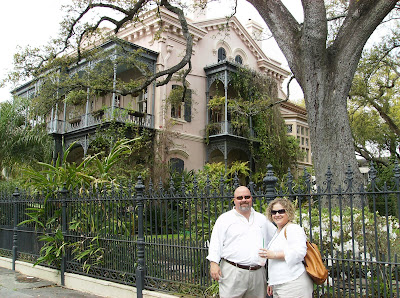 Mads stopped to take advantage of the flora and fauna...and scored points with his new mother in law! 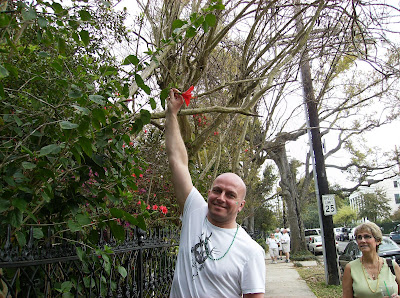 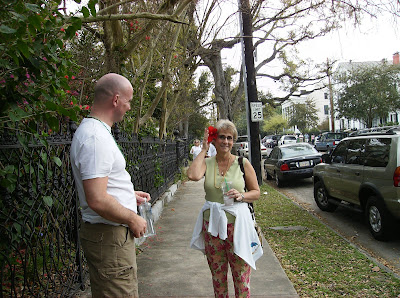 Along our route, we discovered the oldest cemetary in New Orleans...with all of its above ground graves. It was interesting to see all the names, dates and ages and imagine the stories that connected all of these people to one another. 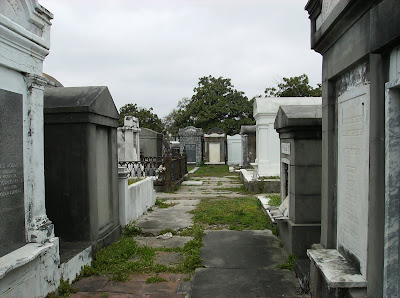 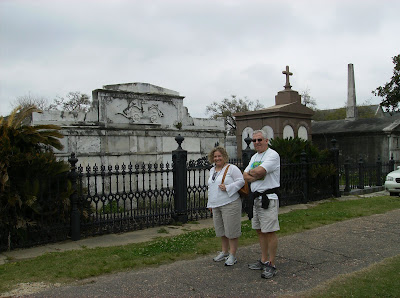 It was time well spent...the Garden District of New Orleans is one area you don´t want to miss when you are in town.

That night we headed to Bourbon Street to see what all this fuss was about St. Patricks Day....and it was a little overwhelming with what felt like MILLIONS of people! 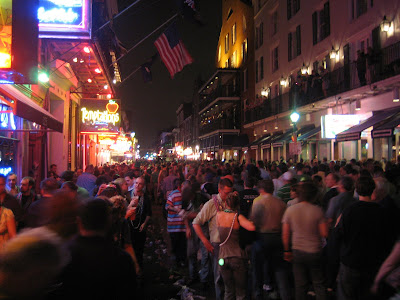 Just as with Mardi Gras, there were BEADS everywhere 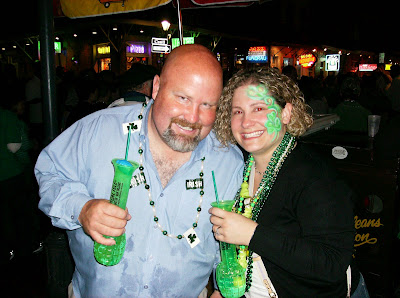 as well as a parade, but this one was dominated by floats full of people dancing the Irish Jig instead of Zydeco! 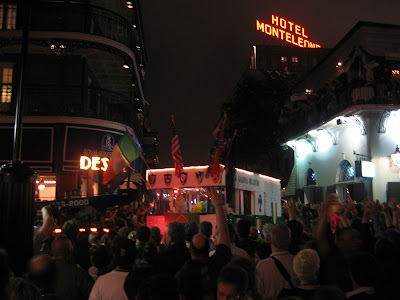 And speaking of Zydeco....I have one more day to post....including VIDEO! So get ready to be amazed!

That house is incredible and you guys always look like your having so much fun together.

I've never been to New Orleans and its been cool to see all these pictures. I guess I never really knew how to picture it!

Sounds like Mom had a good time! You go, girl!