Twas the night before New Orleans....

Twas the night before New Orleans and all through the town
A Dane and his wife were scurrying around..
The only thing on their minds
Was buying everything new.
But not just for fun...
but because, poor Mads, the airlines did screw.
Somewhere between Europe and here, his bags were still...
and the airlines could not believe he thought this was such a big deal!


After shopping, we all met at my parents´ house on Saturday night for my family birthday dinner and our "New Orleans Eve" get together!
This was Stephen´s first time to meet the whole family.... we figured we may as well baptize him by fire and just throw him all at once! We knew he was going to be just fine after he met my brother in law, Steve, and then looked from Steve...to Mads...and back to Steve and said "Wait, if you marry one of the women in this family, does that mean you end up going bald??!!" Everyone cracked up and we knew he was going to be just fine! 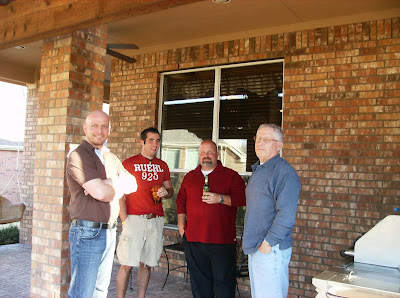 It was a great night! We laughed and ate and laughed some more! Mads learned about all the reasons that they called Jennifer the GOOD DAUGHTER and me, the BAD ONE!
This was the last night of my three day birthday celebration and it ended on a fantastic note! I got a Victoria´s Secret gift card, Gucci perfume, MORE Gilmore Girls dvds, and Season Eight of Will and Grace (that cannot even be purchased in the US yet!!) and then Mads gave me a gift from my other family in Denmark... his parents, his sister and her family and his brother and his family.... it was a catalog of BIKES with a check for me to use to buy the bike of my choice! I was so surprised...what a great idea!

The night ended early because we all had to set our alarms for 4am! We were leaving for the airport at 515...(who booked this flight??!!) But that was ok because we were so psyched about our upcoming trip to New Orleans! The six of us have never traveled together without the kids before so we knew this was going to be a BLAST! The trip was a celebration of Steve and Jennifer´s 10th Wedding Anniversary, My Birthday, Mom´s Birthday and my upcoming move to DK. Mom planned this several months ago and all we had to do was book our own airline tickets to get there. The rest was taken care of by her and dad.

We all heard our alarms the next morning and headed south. I am sure that we left a wake of people shaking their heads as we passed through... we were nuts. Acting like we had never traveled before...but we did not care! Whether it was rushing through to baggage claim: or getting redressed after security: 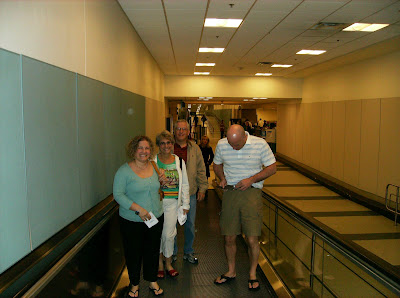 or fighting for our seats on SWest Airlines since they don´t assign seat numbers, and somehow I got us boarding passes that said "B": 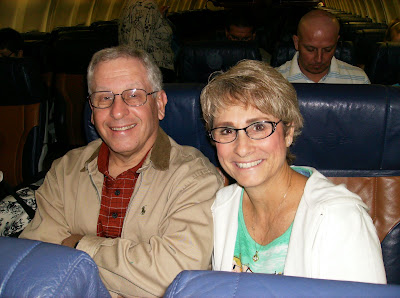 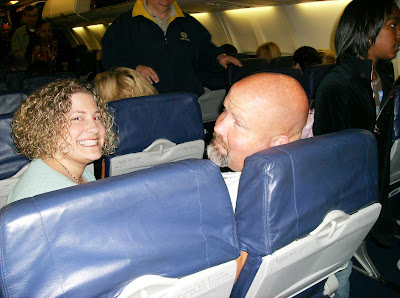 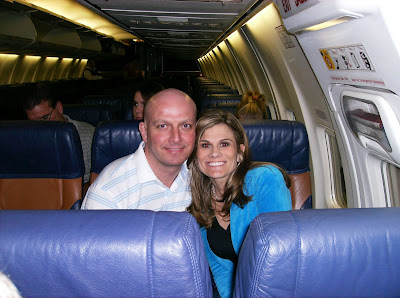 Our only goal on this trip was to LAUGH and to take PICTURES OF EVERYTHING we laughed at.....you never know what we might want to blog about!!
Stay tuned.... trip details and photos are on the way!
at 10:07 PM

What a hoot, Kelli! We think you must have a very special family! We hope you have a great Easter weekend. Sorry about the luggage!

Ok, your haven't even started writing about New Orleans yet, and everything seems so fun already. You guys must have had a blast once you reached NO.

What a fun family you have!
See you TOMORROW!!! Can't wait!

This was an incredible trip - a chance for us to spend several days with our 2 beautiful daughters and their spouses. We laughed ALOT! Thanks to Steve- he is the entertainer of our family. It was also fun to watch Mads reaction to all the craziness of New Orleans. I will keep these memories close forever.