Paris er Paris. Ligesom ingen anden by i verden og jeg synes at vores billeder viser dette! Dag 1 er vores dag sammen men på dag 2, har Mads en dag alene i frankrigs hovedsted.
Paris is Paris. Like no other city in the world and I think our pictures show exactly that! Day 1 was our day together but on Day 2, Mads has his first day alone in France´s capital city. 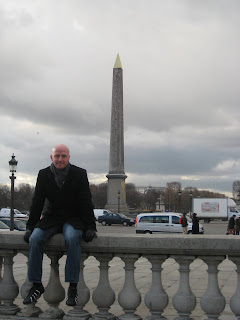 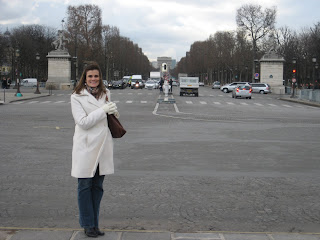 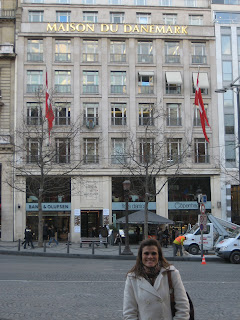 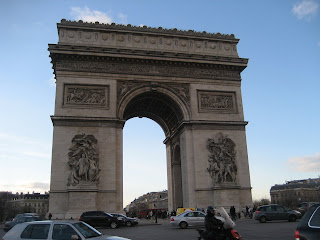 ....mine flotte støvler overlevede ikke hele vejen! Jeg købte nye sko hos Nike så mine fødder kunne fortsætte resten af turen!
......but my cute boots did not survive the whole way! I had to buy new shoes at Nike so my feet could survive the rest of the way! 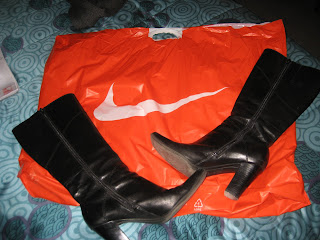 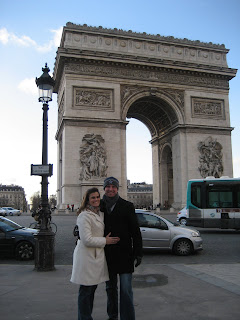 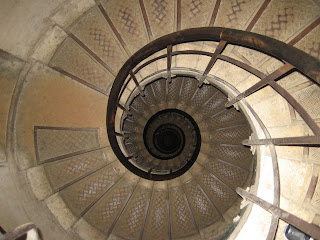 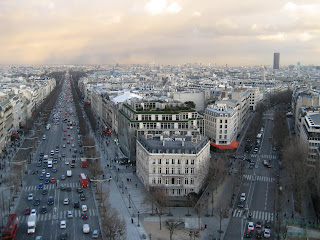 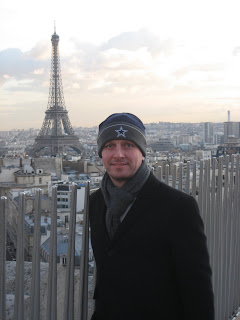 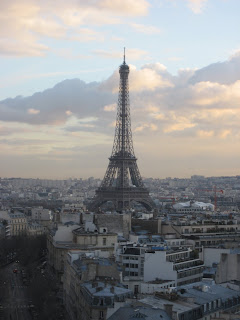 Mads var mere spændt at besøge Notre Dame og Seine Å end Jess var i 2005.
Mads was much more excited to visit Notre Dame and the Seine River than Jess was in 2005. 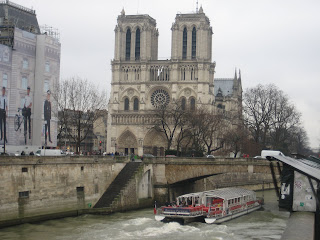 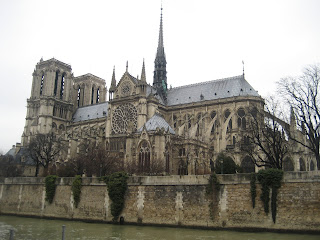 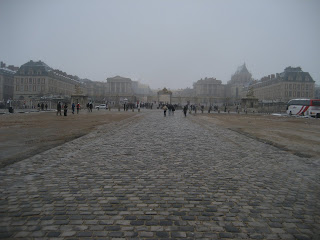 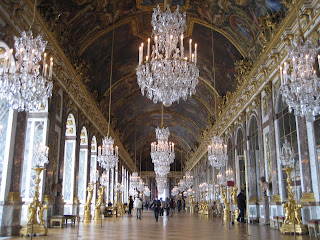 Mere billeder fra dag 3 og 4 i morgen! Vi er hjemme nu med sne på jorden, og selv om Paris var flot, var det så dejligt at sove i vores egen seng med Albert og Emmitt! Ude godt...hjemme bedst!
More pictures from day 3 and 4 tomorrow! We are home now with snow on the ground, and although Paris was awesome, it was so nice to sleep in our own bed with Albert and Emmitt! There´s no place like home!
at 11:31 AM

Did you know that the 110m high La Grande Arche de la Fraternité (the 20th century version of the Arc de Triomphe) was designed by Danish architect Johan Otto Von Spreckelsen? When it opened 20 years ago it completed the line of monuments that forms the Axe historique (historical axis) running through Paris.

Awesome photos! How are the French people's English?

Your pictures of Paris are lovely. And a new pair of shoes from France to add to your collection!

Yeah...I don't know how some of these stylish city women in Paris and New York wear cute shoes and walk all over the place...I don't blame you for stopping at Nike!

Oh...and Mads looks really smokin in that hat on top of the Arc de Triumphe. He must definitely be the hottest guy you saw in Paris...

Looks like a fabulous trip- and I had to laugh about the nike shoe shopping...silly girl...if you are going to do anything other then tennis shoes on a trip like that- use FLATS!!! Walking in heels KILLS my feet, so I do it as little as possible and my feet love me for that!!!

How hard is it for a vegatarian to eat in Paris?

Bet your fur babies were so happy to see you guys!!! Glad you made it home safely- have a super day!!!

The French were much better this trip because I ONLY spoke English...last 2 times I attempted all the standard French phrases which I am sure sounded awful and they were RUDe... as if my terrible French was offensive! This time everyone was very polite ...It was totally enjoyable! So when in france... SPEAK ENGLISH! :o)

and Jennie...headed across the BIG water to the actual Shakespeare & Co in April.. :o)

And it was not as easy to be vegetarian in France as DK because fish is not nearly as prevalent....but I managed. I remember this problem from last time I was there!

I remember being forced to eat omelette after omelette - and I don't really like eggs!

Great photos! Cute boots - but they're not made for walking!

Sigh....reminds me so much of when I was there!

I had to laugh about the boots...I have done that before! One time when Peter and I were in Chicago I thought I would be stylish and wear some cute shoes, but I ended up going to a Payless to buy some flats.