Every time I am in the US, I love looking for all the NEW things that have been invented since I moved! Sounds silly, I know, but I love seeing the previews for the new TV shows, the new commercials (especially beer commercials), the new food products, and all the new gadgets that are out there! It is like going on a treasure hunt...

I was in Seattle last week and this trip was no different in the sense that I discovered so many new things! I saw the newest commercials (and realized HOW MUCH of a 30 minute sitcom is used up with commercials) and although I loved seeing them, I kind of like how spoiled I have become watching American shows in DK without the commercials!

I saw some new shows like Law & Order: Los Angeles; I saw some old favorites that I cannot see in DK like TLC's "What Not to Wear"; and I saw PROOF of a new show that I had heard about, but PRAYED WAS A JOKE!  See, the bad thing about watching my old faves on TLC was that I had to see the ad for THIS new show about every ten minutes.... 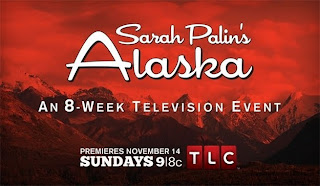 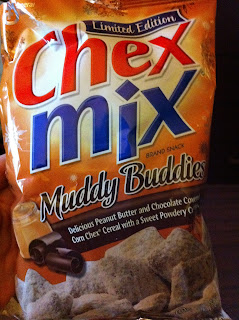 I also found out at the grocery store what new cool snacks are out there! First of all, did you know that Pop-Tarts come SIXTEEN in a box now instead of 8 or 12? And that M&Ms have pretzels in the middle of them now?! My how things have changed!! And instead of spending all that time making "Puppy Chow" at Christmas Time, you can just buy the newest kind of Chex Mix called "Muddy Buddies" and it actually tastes almost as good!


I also found out that folks in America are still in love with reading... REALLY in LOVE in fact! From Borders to Barnes and Noble to Half-Price Books--no matter which store I visited (and yes, I visited all three in that week!), the stores were always PACKED with people! Buying books for themselves, for their kiddoes and for people on their Christmas lists. However, one discovery at the book display at Wal-mart did scare me just a little..... How on earth did these 3 books make it to the BESTSELLERS shelf? I hope and pray that was only a thing at Wal-mart and not some nationwide trend!! 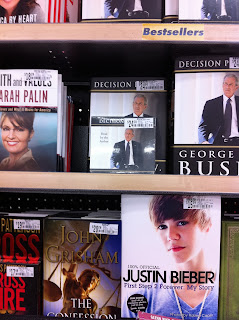 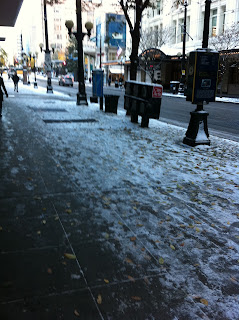 And finally as I was in the middle of Seattle's worse winter storm in the last 100 years (yes, record low temps were set while I was there!) I do have to give PROPS to my little town of Herning, Denmark! You see in Seattle, there was ice and snow for DAYS.... on the roads, on the buildings, and of course, on the sidewalks, but I really think that the folks of Seattle should have a rule like we have in Herning.... either remove the snow and ice from your sidewalks by 7am or get a fine! Those sidewalks were, as a good ol' Texas gal used to say, "slipperier than bat poop". (I never quite understood that particular saying, but those sidewalks were a hazard for DAYS all over downtown Seattle!)
So America, I will be back stateside in April..... I wonder what surprises you will have in store for me then!!! I cannot wait to find out !!

And OMG - Palin, Bush and Bieber... on the bestseller list! Nooo...

Palin buys bunches of her own book to make it reach the bestseller list - that way it gets more attentions and seems more interesting for people....

Friends of mine in Seattle also remarked on the lack of snow clean-up. Apparently the city's broke, like the rest of the USA. Seriously - the objective facts from the OECD don't lie: DK deficit, 4.6% of gross GDP; USA, 67.1% gross GDP. The "Danish Model" just *works*.

I haven't been home for a year and a half. We also haven't had TV (basic channels or cable) in the year we've lived on the farm. We'll probably be walking around like dumbstruck fools the entire two weeks we're on vacation this Christmas. The variety alone might undo us.