The last 24 hours represent such a dark time in Danish history. 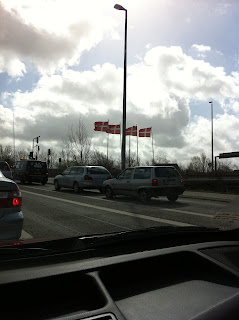 But it is a time that the Danish people choose to remember.


As the Danish flags are flying all over Herning (and I am sure, many other cities across the country), the Danes remember that when they woke up on April 9, 1940, things were still as normal as could be in a time of war....


But as that day progressed, the Germans made their way into the country, setting up camp in the places that they thought would help them hold off the Allies and eventually win the war. So that by the time they woke up on April 10, 1940, the country was under the control of the Germans.


They built bunkers in the middle of our forests....... 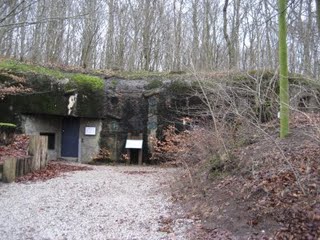 and all along our coastline 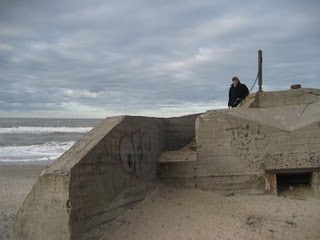 and they even had their own cemetery on Danish soil where they could bury
their countrymen who died during the war. 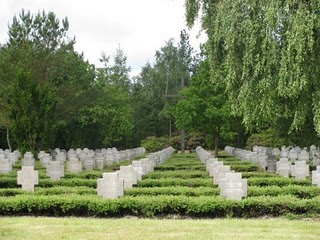 So everywhere the Danes look, there are reminders about the period of
German Occupation from  April 9, 1940 to May 5, 1945.

As an American, I cannot really comprehend what it would be like to have your country
OCCUPIED by another government, especially a government that was in direct opposition
to the things that you believe in. But I am hoping that each year I live here, I will learn a little more about this dark time in Danish history.  My knowledge of WW2 is from a very American perspective..... so I hope that I can broaden that perspective and see the ways that the war affected those living in the land where it was being fought.....
at 2:20 AM

Remembering these events is - I hope - a way of ensuring they don't happen again.

"I cannot really comprehend what it would be like to have your country
OCCUPIED by another government, especially a government that was in direct opposition
to the things that you believe in. But I am hoping that each year I live here, I will learn a little more about this dark time in Danish history."

Thank God the dark times are over and Denmark is now occupied by a government those living in Denmark can give their support to and relax about (!)

A person spending long enough in Denmark and getting to know the ACTUAL facts WILL learn more than the little so in evidence.Denmark has reinvented what happened during the war in the last ten to twelve years.And the old people who could tell you otherwise are dying off-you might not even wish to hear what they had to say.Do your research,but try to get an open mind,what you see and hear about Denmark during the war at this stage is not necessarily the whole truth.It's been glossed up and buffed over.If you think the Dane consensus has changed so much in character that they would not allow fanatic extremism and racism and social engineering to take place you are very much mistaken.Some would say the Dark Ages for Denmark have only just begun.But then again, that would depend on what section of society you know most about.

This blog should carry a disclaimer as it is often very misleading in an authoritative (but intensely naive)way.Those interested in learning a more rounded picture of Denmark's history and today culture should make sure they gather several other points of view before making up their own mind.

Mary,
Any authoritative tone you hear must be self-imposed as you read because mine like all other public blogs don't need an official disclaimer because you, as a citizen of the free world, have the right NOT to follow it, NOT to read it, and certainly NOT to believe a word I say about what I experience.

That is disclaimer enough.

Should I ever change the blog's name to
"Kelli's OFFICIAL View of Denmark that has been accepted by the council of those that matter to be 100% FACT", then I will most definitely post a disclaimer.

But as for now, I will just keep writing about what I SEE , HEAR, LEARN and WONDER.

But thank you for attempting to protect those that might possibly be misled by me.

I LOVE your response, Kelli. I wouldn't mind reading some of Mary's perspective, but there's no link?

In our country, of course we have a rather romanticized viewpoint of the WWII. Even my daughter's AP history text, which is brutal in some ways, still allows for some of that romance. It must be fascinating to see history from a difference perspective. Thanks for opening my mind a bit :) And whatever you do, please don't stop sharing with us what you learn.

I'm danish and grew up with that piece of history being repeated throughout my school years......and even though you learn that history repeats itself if you don't learn by your mistakes........you cannot comprehend what war is all about if you haven't lived it!!
In my time here in the States I've been to a couple of the wonderful (in a frightening way) war museums describing war (Civil war and WWII in the Pacific)and I've never seen war described quite so horrifying and the human cost of war suddenly hit me with an impact I've never felt before.....even though I grew up with pictures of the immense and horrifying sufferings in the Concentration Camps.
Maybe you grow immune to your own history.....maybe the curators over here knows how to build an exhibition better......maybe I'm just getting old and sensitive....?
....and there's still so much war in the world....
http://www.youtube.com/watch?v=gq0Wo7FQzMc

Kelli, I love your blog and the way that you tried to see things from different perspectives and learn as much as you can.
WW2 was a horrrible period - not just because we were invaded but also because the official Denmark did not put up a fight. Thankfully, the "unofficial" Denmark did.

And as for Mary, I can only guess that you're not Danish so what would you know about WW2 in DK?? As for DK trying to mask what really happened in WW2, that must be something going on in your head. Even my 12-year old nephew knows what went on - good and bad. That the government gave up DK, that a lot of people worked for Germany but also that a lot of people work against Germany, that many jews were helped to escape to Sweden etc etc. So I really don't see what it is you think we're hiding

And like Kelli says, if you find the blog misleading, don't read it....

The Danes did virtually nothing to thwart the German forces. There was a bit of sabotage, but nothing particularly devastating to the occupiers. Danes did what they usually did, they sucked it up or collaborated.

Kelli, don't worry about the troll-like comments. Our blogs are our words, as expats, how we see adn experience them.
No foul here, not by my perspective.

And I do know what you mean in that overwhelming, bizarre type way, seeing historical sites like that...we have a lot of the same here in Norway, obviously, and while I love seeing and visiting these places because of their history, they definitely rub you the wrong way, and it is a bit baffling to think about their presence in your new land.