Danes get a bad rap.
It's a pure and simple fact. 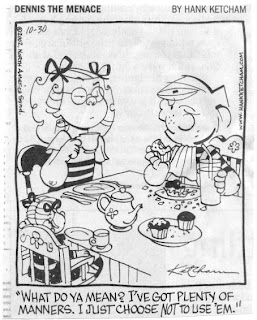 I have seen more blogs by foreigners about every single "rude Dane" who would not greet them in the check-out line at the grocery store or speak to them while waiting for the bus than I care to remember. I have also read things about truly awful behavior that people have encountered, but I believe that we need to be oh, so careful before we generalize one person's poor manners as being indicative of an entire culture.  There are most DEFINITELY rude, mannerless Danes; I know for a fact there are also rude, mannerless Americans, and I am confident that there are even rude, mannerless Aussies.


However, in light of recent events in my life, today's blog is about the WONDERFUL interactions I have had with many Danish people over the last two weeks. Again, this is not too generalize that these people's GOOD behaviors are indicative of the entire culture, but I think that since there are so many blogs out there bashing the Danes' interactions with us foreigners, they deserved one that highlights the GOOD.


Plus these comments made me feel great when I received them, so maybe that feeling that I have had will somehow trickle onto those reading this..... We can all use a little greatness every now and then, right?


The Situation:
Last week I wrote an email to a group of parents whom I met in early February. These parents are the ones for whom I gave my VERY FIRST EVER presentation PÅ DANSK (both written and oral). They were so nice to me that night and knew I was still coming along in my learning, but I promised them that I was working hard to improve and that by the time their kids graduated in 2 1/2 years, I should be AWESOME! :-)


These are the parents of the next group of students we are sending to Seattle this fall, so I will have MANY written and oral communications with them over the next few months; this email last week was just the beginning. I apologized up front in the email (as I often do!) and requested if they did not understand anything I had written to please write back and ask. (You see, I always get a colleague to proofread my Danish writing when it is a formal document, but there is no way I can get all my emails proofread...that is not fun for anyone! So I do it on my own and get a little better each time!)


Anyway, most parents replied with the necessary information for which I had asked them, (which shows that they DID understand me! YEAH!!) but a handful of them added some extra things to their response. (Which if you know the Danish culture, adding unnecessary things to a written correspondence is NOT common, so that tells me that they thought the encouragement was NECESSARY! And for that, I am grateful!)


Here is a sampling of what I received.... small words, but BIG meaning to the receiver!


5. (She even responded to me in English!)
Nice to hear from you!
You're speaking our language very well.
Looking forward to hear from you, when you are sending the "STATUS RAPPORT".


As you can see, none of these stood out as important information or something really related to what I was asking for in my email. However, they took the time to encourage me and for that, I am grateful. These parents will, most likely, never know how much their small notes meant to me, but they will see the benefit of it because these small things make me want to try even harder to improve... AND I WILL (improve, that is) !

That is great! I know how good it feels each time someone tells me that my pronunciation is good, or that I'm speaking just fine, etc., so I would be just as geeked as you to get those responses via email!

There are plenty of nice Danes. The problem is, you make it sound like it is all relative, and all societies have an equal share of rude and nice people. Manners are often learned in cultures, and sadly manners are frequently lacking in Danish culture.

That does not make all Danes bad. But it does mean that you are likely to encounter bad manners more regularly in Denmark than you are in many other countries, where manners are often central to upbringing.

Of the countries I have lived in, the Danes are the rudest on the whole. But obviously there were rude people in all the places I called home. But still, in Denmark the constant poor manners are noticeable.

That doesn't make for a great day-to-day experience if you're the type of person that gets offended quite easily.

It's like the old saying "you get what you give" if we are rude to people then they are rude to us!It is a simple fact.I too have seen the rudeness.It is not true that Danes are rude.It breaks my heart every time I read that.Thankful to you for putting it straight on the record.Generally Danes are some of the most polite people in the world.Generally foreingers say we are rude.But it is not true!We are not rude.It could be that we are rude if people are rude to us.Many foreingers are rude to us by speaking their own language when they can just as well speak Danish.It is a way of locking us out and showing us they do not respect our language.Foreingers are rude when they complain on and on abot the Danes.There is so much of that complains going on it makes many Danes feel like they must be rude.Why are they here if they don't like it?There are many countrys in the world for foriegners to go to but Denmark is not a place to come if you want to be an unfriendly foriegner!In Denmark we are friendly and we speak Danish.

Woo hoo! Congrats to you! A great way to improve your written Danish is to write, write and then write! That's how I improved my Swedish. I still make silly grammar mistakes but am way past the stage of minding...

I have a follow-up to this based on what some of the others have said.

Nuno, remember that politeness and rudeness is based on your own values and cultural norms. What you think is polite, another culture may find rude. The simplest example of this is the way that Americans hold their knife and fork as opposed to the way Europeans hold their knife and fork. If you eat the European way in the US, keeping your knife in your hand, many people will consider that to be 'rude'. Obviously, you are not being rude nor do you have bad table manners, but it is based on your own culture and upbringing.

My point is that while those of us coming from other countries may think a Dane is being rude to us; it may just be our perception rather than the Danes actual intention.

How wonderful Kelli! You are very fortunate to be surrounded by such great people in Denmark. You have great students, colleagues, an amazing husband and inlaws. I agree, that all cultures and societies have rude citizens and many people are raised with manners that are not to 'our standard.' However, I don't think the world society has labeled Danes as 'rude'....isn't that the French? LOL! I think it is more about expectations. When I first arrived, I expected that because Danes learn English in the 2nd(ish) grade, that speaking English would be accepted and there would be tolerance as I attempted to use my albeit limited Danish. On the whole, I was left disappointed. We had Fakta checkers give us the wrong change just about EVERY time, neighborhood kids steal apples from our tree and then attempt to sell them back to us, Danes laugh in my face at my pronunciation, and told they could not accommodate us in a restaurant, which was virtually empty; all very humiliating...but we also had great experiences at the doctor's office, with a handful of friends that are Danes, and in Copenhagen. These things shaped my experience and perceptions about Denmark and the Danes, just as your experiences have shaped your perceptions about Denmark. I think Helle's comments are quite telling about her views of non-Danes. My final comment...the world is larger than Denmark, a country which is smaller than the state of Wisconsin, a language spoken by 5 million people, which is half the size of Chicago, so recognize the larger world society and what it and its citizens have to offer, while continuing to embrace your own heritage, culture, and language.

Kelli,
All the comments and encouragements you got from the parents are probably a lot more, than they seem, considering they're coming from what I assume are "jydske" parents!!
Nothing in "Jydsk" comes more difficult than praises!!
I can't talk for all, but I know that a great part in my danish mentality will be careful not to make people uncomfortable by giving to much unconditionally praise.....often Danes will wrap it up (in Jylland, often in a small insult which is delivered with a smile, so that you know that it's all sweets covered in bitters) and then you can react with a laugh instead of imbarrassment. (which is what a normal Danish reaction would end up beeing......probably because you're not used to that kind of attention)
I don't think Danes consider themselves rude at all, but sometimes I think they feel more comfortable in the rudeness than with the exuberant praise, that I've come to enjoy here......even though I still don't know how to react to it.
I'm not really defending the lack of passion in the Danes' interaction with each other or especially the interaction (or lack thereof) with foreigners, but I know that things said by a Jyde has a LOT written between the lines and that all the positive things will be disguised..... It's always been a sport, when listening to a Jydsk farmer telling about a marvelous harvest, to guess what he's really saying. "Nårh, det var vel ikke så slem!" would certainly be "Wauv, that was the best harvest ever!!!"
It doesnt' make life easy AT ALL, and it's so heartwarming(!!!) to see you slowly finding your way into that unspoken language....and to see you finding the other side of the "rudes"!
Way to go, Kelli!

This is a bit weird, surely? Bad manners are bad manners. Obviously there are small differences across cultures. But things like not pushing people out of the way, not mocking another culture, not tailgating in a car, not jumping a queue, refusing to welcome outsiders, etc are understood as "bad manners" wherever one goes. Such actions are always rude, even in here in Denmark.

I hate this cultural relativism when played as always appropriate. It is not always appropriate to do certain things regardless of how one was brought up. As adults we are expected to take responsibility for own actions. The Danes being described here sound like children, to whom we excuse so many things just because they don't know any better.

Thank you for your last comment, Ping! It was exactly what I wanted to comment: that one should not judge another culture based on the norms and values of one's own.

And congrats to you, Kelli! I'm happy that you get to feel those small victories on that difficult language more and more often.