Like:  (and actually, I could call this one LOVE!) 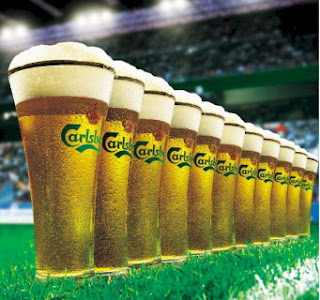 I have never once been to a party, sporting event or other social event in Denmark where folks were drinking that those who were drinking either pre-arranged with their spouse WHICH ONE was the driver that night OR WHO ALL was sharing a cab home after the party.


This is something, I am sad to say, I NEVER witnessed in the US. (although I am sure it happens... I just never experienced it first hand)


I am not saying that 100% of Danes are always conscious about this, but I can say WITHOUT A DOUBT, that as a whole, our culture in Denmark is very PROACTIVE when it comes to drinking and driving. They just don't do it. PERIOD.


Dislike:
The legal drinking age in Denmark is 16. (The driving age is 18.)
And in my opinion, that is just too young.
I think the 21-age requirement in the US is a joke. So somewhere in between these 2 extremes is the right answer.... in my opinion.

Where I grew up we always had a designated driver! Yes I have seen that not happen at clubs and by a group of Europeans who lived in the US for a while, but any party or group of people I was at we always did that. This was a big no no where I came from. So be careful saying it never happens in the US cause there are many many people who have a designated driver. Don't give people the wrong idea that this is never done by anyone cause majority I know do it. We just hear about the bad stuff as in everything else.

Aubrey--
That's why I said: (although I am sure it happens... I just never experienced it first hand)
Because sadly, in 38 years, I NEVER experienced it... folks would figure out at the end of the night who was "ok to drive us home"... it was never pre-determined... but I never noticed that it was a bad thing until I got here...

I do find that scary here! I've seen very very drunk people get behind the wheel......with the help of hired police-guards.....and then drive home!!
....and it's not even always the lesser drunk (seemingly) of a couple - I guess here "a man's gotta do what a man nevet oughta do!"
and from what I've experienced there's no alternatives (to the drunk driver or the designated driver)
Nobody would dare to start walking or biking home via the same streets as the drunk drivers are zigzagging and I've tried waiting 1½ hour for a taxi - the one and only taxi in our area that night....which is rather a long time in the middle of the night....
The way of thinking here is different too.....you hear the people biking and walking at night referred to as crazy and dangerous(!!!) - it's not the drunk drivers;o)

I have also noticed the more intense aversion to drinking and driving here when compared to Canada. That is always something to like!

I must admit growing up somewhere where the drinking age is 16 and the driving age is 18, I did appreciate the fact that most people got most of their drinking craziness before they started to drive!

Technically there is no drinking age in Denmark. You can be 13 and drink at home where in the US it is a crime. In Denmark they just passed the 2 laws in past few years. The first one said you had to 16 to buy any alcohol "without a paretn present". That means a 13 year old can buy anything with a parent present. The law that just went into effect 1-1-11 says you need to be 18 to buy liquor. 16-17 year old can still buy beer and wine. Denamrk recognizes the research on young people driving whether they have been drinking or not. The impulse control is not there until early 20's.

My cousins and I always have a non-drinking driver when I visit Denmark and we go to eat/drink. It is just the way it is.

Oh, I forgot to say that in our Danish family in the US, the drinking age is confirmation. That is usually 13 when you start to have a beer at home or a glass of wine. You move from childhood to adulthood after confirmation. America has a big puritan no-no culture that does not exist in Denmark. You learn to drink responsibly with your family as a teen. I remember going to senior prom and my date wanted to some booze and I thought it was so childish.

Nina Ø: Please be careful about suggesting people in Denmark learn to drink responsibly with their family. If you would care to take a trip around any town centre of a weekend in Denmark, you will step over young drunk people.

Denmark has a huge problem with binge drinking and alcoholism (one of the highest in the EU on both counts).

It's true that you are allowed to buy beer and wine in Danish shops when you turn 16. But bars, restaurants, night clubs etc. are still not allowed to serve beer or wine to anyone younger than 18.

All countries should adopt zero tolerance to drinking and driving.