The Luckiest Kids I Know


Rather, in my opinion, they are kids who have MIXED PARENTS.
Did I get your attention with that statement?
I am sure that one has you scratching your head as you wonder about these "mixed" people!


There are three kiddoes that I know personally who fit into this group and who make me realize just how lucky they really are each time I am around them.


Ok, so more about this MIXED PARENTS thing....


First of all these three kiddoes all have ONE Danish parent and live in Denmark.
However, their other parent is NOT Danish- one has a German mom; one has a Ukrainian mom; and one has an Italian dad.


But wait, IT GETS BETTER.
These three kids are all 4 years old or younger.
AND they are COMPLETELY BILINGUAL!


But even more than just being bilingual, they are able to differentiate when to use which language. So if N's mom says something to her in Danish, she can turn around and relay the message to her dad in Italian. HOW FREAKING AWESOME IS THAT?


Each time I am around these 3 kiddoes, I just sit and GAWK in amazement.
They are SO awesome. 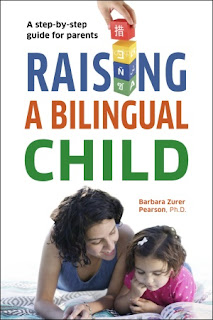 And actually, so are their parents because I also know many parents who have 2 different native tongues in their home, but who only speak to their kids in one of the languages....which I think is rather sad. Giving your child the gift of your own language is such a precious thing.

Beautifully written and kudos to the parents of those kids. :)

It's not a wonder. Most of us are bilingual, unless you're American or British or other native English speakers

The most disadvantaged children in Denmark appear to be those who have 'mixed' parentage, i.e: one parent a dane and the other from another culture, who cannot speak the 'other' language and can only converse in Danish. They are caught forever in a twilight world. It always seems to be such a shame that they are missing out on what should have been their birthright. Some mixed families choose not to big up the language that isn't Danish knowing that the child may develop split loyalties and it can in some cases hinder development in Danish and integration into the Danish system. Behind closed doors most vuggestue or børnehaven employees speak in the most negative terms of children who have an additional language and see it as a barrier to full integration. Other mixed families somehow just neglect the language that isn't Danish. I agree holeheartedly with you. I find it very odd meeting families where the parents speak two languages but the children have only mastered Danish or can just say key phrases in English. It's a complicated issue, and we should none of us judge. But sometimes it is worth celebrating those who dare to be different and make the extra effort to insure their children are not completely integrated and can enjoy the benefits of being special!

No all americans. Latin people moving to the US are keeping their language as well as English.
I have 3 'american' nephews and they speak spanish and english.

Anon,
I am aware that there are bilingual folks in the US.

I just want the US to institute a bilingual component to our educational system.

I think it is awesome for mixed parents to speak both languages. I can not imagine why you wouldn't in the first place. My uncle married a French woman, and their children only speak English, aside from calling their maternal family french names. It's a sin! Especially considering they live in Canada, a bilingual country for French and English!

i personally think this was an awesome post. andre and i talk about when we have kids, no matter where they are raised, they will become fluent in both of our languages. thanks for posting :)

Thanks for sharing Kelly. I'm Danish, my wife is Swedish, but we live in the US, so our kids are used to all three languages around the house. Great that they can speak them, but I'm also very happy that they have embraced the cultural differences. Everything from holidays (Danish Easter lunch & US Thanksgiving), food (remoulade, herring, etc), and views of the world. It is soooo healthy to be exposed to all these different points of view.