An Election in Denmark 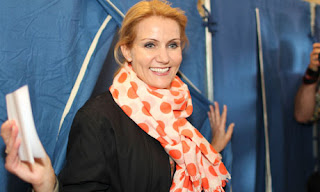 There were so many articles and so many quotes on Friday morning announcing her victory, but some of the best came from the non-Danish papers as the world looked at Denmark on this very important day! 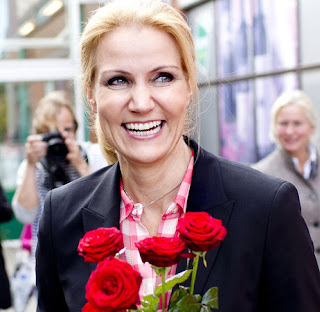 The SUN is shining in Denmark.... regardless of the weather report.

Hurray! This is good news indeed!

The only way we would have that kind of turnout in the US is if everyone who voted was given $5000, or a new car, or something. Makes me sick.

and I take it as your husband still vote for Venstre?

Anon, thanks for asking.
No he did not.
He voted for Radikale.

I don't think she offered to change the immigration policy. She just didn't threaten to worsen it.

Or am I wrong?

But I'm glad she won (given it was either Helle or Lars Løkke).

I would have voted Enhedslisten! :-)

Technically she's not PM until she's able to present a government to the Queen. And by "government" I mean the largest number of seats in Parliament that agree to work together with her. If she can't, then it falls to someone else to try. (Yeah, I'm still trying to work that one out in my head.) Word on the street is that if Helle fails, Margrethe from Radikale has the next best shot. One way or another, it looks like Denmark is going to get a female PM.