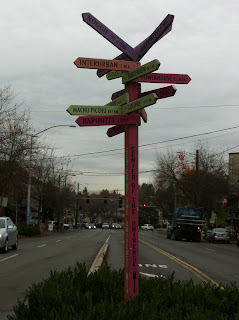 Every big American city seems to have its own version of Fremont.

It's that Artsy/New Age/Vegetarian-eating/Yoga-doing/Vintage-shoppingish kind of area that no matter how "big city" the rest of the city gets, this area stays the same. The people there seem to move a little slower, appreciate things a little more, and often seem oblivious that Big City Life is just a mile or two away....It is AWESOME. And of course, folks in communities such as Fremont believe that their home is the center of all things.... And Fremont, Seattle is no different.... They even have the street sign to prove it! It is definitely the kind of place that you MUST visit if you are in Seattle.... 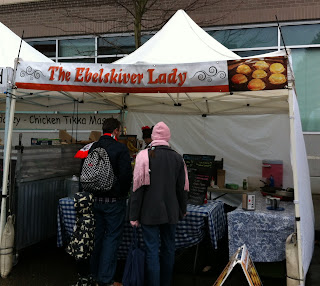 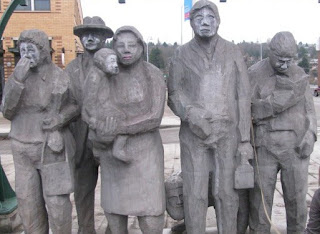 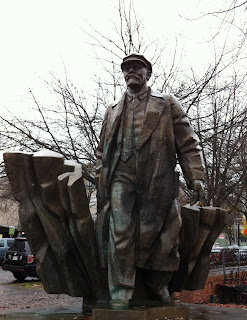 The statue has encountered a great deal of controversy over the years as many Americans think that it does not belong here. But in the opinion of Lewis Carpenter (the man who brought it to Fremont), art is supposed to make us FEEL, (not necessarily feel good) and the responses toward this statue prove that the work has done its job... People do FEEL a variety of things when they see it.  Carpenter believes it is proof that ART outlives POLITICS.


And this troll does not just eat Billy Goats...he also eats Volkswagen Buses! 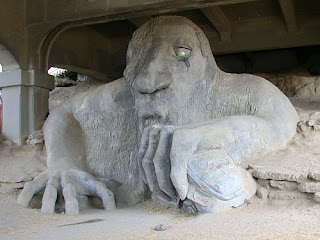 Fremont is the kind of place that just makes you feel good!
at 7:08 AM

Love the statue! It was definitely the right decision to take it back to the States.

Re: The vegan thing

I am someone that does not eat meat or dairy, and I can tell you that DK is hell for me. I would love a place like you describe in your entry. I have even been asked to supply my own food at social events here. Veganism and DK are NOT friends!

So you're in Fremont now? I like the way they wrote Ebleskiver. Anyway, that troll is quite unattractive.

Just hang out for another 15-days, Kelli, and we can do lunch at Red Mill Burgers in Fremont!

(no seriously. go there.)