Once upon a time

there was a stray cat named Oreo. She lived on her own around the area of the Youth Opportunity Center in Wichita Falls, Texas. She was named Oreo by the kids who hung out at the center, but she did not really belong to anyone.  In February 1998 Oreo had kittens, and those kittens, like their momma, had no home.

The Youth Opportunity Center had a volunteer that came a few afternoons each week and taught a variety of classes to the center's kids, and most of these days this volunteer brought her 6 year old daughter with her.

One particular afternoon in March 1998, this volunteer had to put her lesson on hold because something caught her and her daughter's eye.... or rather, their EARs. They heard a rather loud meow coming from under a bush and then all of a sudden an itty-bitty kitten came out from under the bush.... definitely much smaller than what his meow sounded like.

The volunteer and her daughter were immediately taken by this little 4-legged guy.... they knew the story of Oreo and just could not bear the thought of leaving another stray cat to fend for himself, so they did what any good-hearted person would do....they took him home.... and they named him Emmitt (yes, after Emmitt Smith, #22 on the Dallas Cowboys). 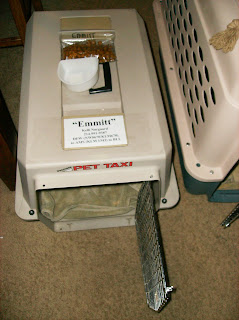 That day when Oreo's kitten came into their lives was 14 years, several homes, and THOUSANDS OF MILES ago. Although Emmitt had made the move from Wichita Falls Texas to Dallas Texas (which was a big deal), on April 25, 2008 he did something even bigger! He climbed into his pet taxi (willingly, of course) and flew to his new home in Denmark.

The interesting part is that Emmitt was 10 when his mom (that former Y.O.C. volunteer) planned her move to Denmark, and honestly she questioned whether or not to bring him. She was afraid it was cruel to bring an old guy (70 in cat years) on such a long journey to such a new place with such a new climate...... but now this week, as Emmitt turns 14, his mom cannot imagine life without him. He loves Denmark. He loves Mads. He loves meeting every person who comes into their home, and most of all, he LOVES when Jess comes for a visit.

And just think, if his mom had not brought him, we would have missed out on all these wonderful photos. 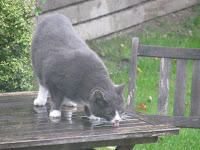 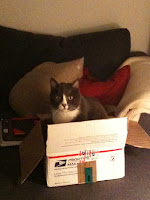 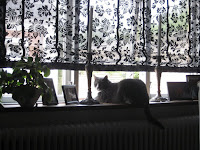 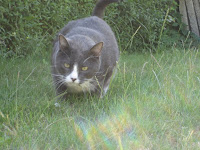 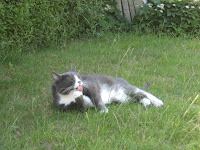 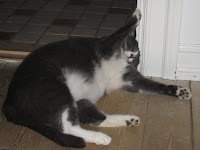 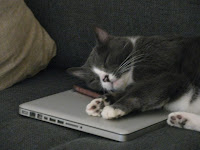 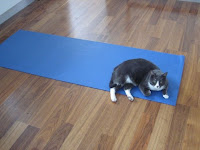 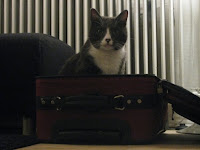 Tillykke med fødselsdagen, Emmitt.
We are so blessed that you are part of our lives..... 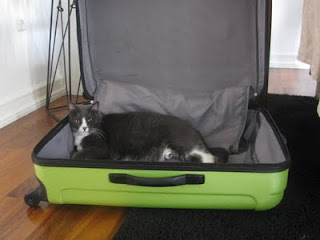 Awwww, Happy Birthday to Emmitt!!! 14 years is amazing and he looks so wonderful- obviously thanks to the love he receives from his lovely owners!!!

Oh what a handsome guy! He looks marvellous.

Cried when I read this. Do you remember how it was hot that week when Emmitt and Albert had to fly to DK and you weren't sure if the airline would let them fly? And we were watching the temps all day???