But then today, in the midst of all the Giro hype in Herning, I realized that TODAY is May 5 and I do not think that it is a day that should just pass by without some kind of recognition.


As an American, I have a very different perspective on WWII.
#1- Our history books in our schools teach things from a very American perspective (which is fine, but sometimes I realize that I have a distorted view on the REAL story....)
#2- Because I come from a country that fought WWII on someone else's land, I don't think I have a full understanding of everything that happened during those years. And that is because of what May 5 symbolizes. It was not just the date that marked the END of the war and the LIBERATION of many concentration camps, but it was also the day that the Germans LEFT, after YEARS, many of the places which they had occupied during the war---one of those places being Denmark. 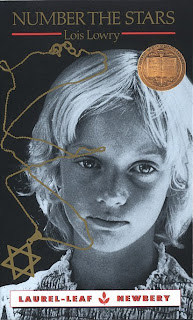 That concept of OCCUPATION is not something that I can fully understand. But it is something that I WANT to know more about. I plan to talk/interview Mads' parents and find out more about Denmark during that time. I want to hear more about what it was like to live in a country being controlled by someone else. I have read Lois Lowry's novel about one family's experience during the German occupation of Denmark and it has enough factual elements in it, that I want to know more..... and we are to a point in our history that many of those who LIVED through so many of these historical events are becoming older and older and if we don't talk to them soon, we will lose the stories....... we will lose the history.


So even though Herning is covered in Pink and GIRO is the first thing on most minds today, I think we should pause for a moment and remember that today is May 5, 2012 and 67 years ago, it was the day that Denmark regained its freedom from the tyranny of the German government.

If you haven't seen it already, I would really recommend you see "Hvidsten gruppen".. It's a movie made about on of the most famous danish resistance groups during the war.. It's stays pretty true to history, and it's a fantastic movie!

Thank you Mark. If I cannot find it in America I will watch it in Denmark later.

My cousin did a nice utube video. He is one of the last surviving members of Holger Danske. Search utube for Mogens Østerbye.

Kelli
I am thinking that Mads parents are too young tto remmember much. They would have bave been young children. Any one in his family that is in their mid 80's?

It was one of the most peaceful occupations in the war. The Danes mainly continued life as normal, and the German occupiers treated the Danes extremely well comparatively speaking.

I know that Denmark has tried to reinvent what happened, and makes out it was busy rescuing Jews and blowing up railway tracks. But on the whole it did nothing but collaborate.

I guess this is why ex-PM Fogh Rasmussen publicly apologised for Denmark's actions during that period.

We should all realize what the true and horrible significance of war is all about...

My father wrote an autobiography for my brother and I. The most interesting parts are from childhood to immigration after the war, but the time of the occupation is some of the most difficult to read about. A college classmate (and occasional customer) of mine, Nathaniel Hong wrote a book on the resistance in Denmark. It is mostly about the illegal press, but an interesting read.

Anonymous, I am guessing you're not Danish or you would not write something that untrue and insulting. I guess if you compare WWII to the Balkan conflict, things were fairly peaceful in Denmark, but if you think it was just life as usual, you are very much mistaken. It was nothing of the kind.

And as for Fogh apologizing; he apologized for the way the "official" DK, AKA the government, reacted. The reaction of the Danish people was very different from that.

Tina, thanks for your comment on Kelli's blog. I got a similar comment on my May 5 post but did not post it. I actually get alot of comments from this Anonymous person. H/She has a one track mind and is definitely anti-Danish. Youe post was "right on".