Three months ago tomorrow we said goodbye to my precious cat of 14 years, Emmitt.

We went back and forth about whether or not we would get another cat because having to put him to sleep was one of the hardest things that either of us had ever done. But after watching Albert retreat more and more into himself over the weeks after Emmitt's death, we knew that he (and WE) needed another sibling. One of our sweet friend's extended family had a litter of kittens in mid-May and we knew as soon as she posted the pics that this was meant to be!

So we picked out a little girl (the grey striped one) from the litter of 5 and have watched her grow over the last 10 weeks. However, not long ago, we discovered that one of her brothers (the black one) had not been adopted yet so we decided that if ONE new kitten would lift Albert's spirits (and ours!), imagine what TWO would do! Plus in the litter of 5, these two have been inseparable since their birth. It just felt right.

So this morning we drove to a small village in Jylland to pick up our babies and I am glad to report that after only a few hours at Haraldsgade 1, they are already feeling at home!

We agreed that Mads would name the boy and I would name the girl and that we would each have to accept each other's choice! But we wanted to wait until we met them to see if the names fit. 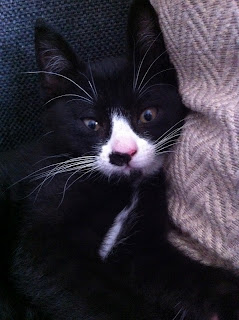 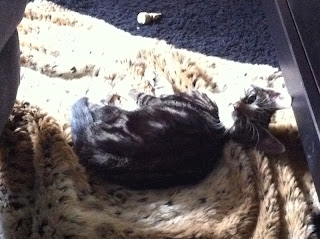 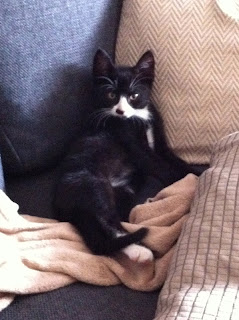 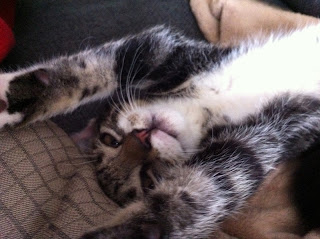 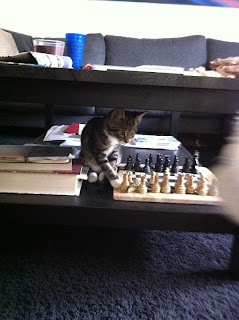 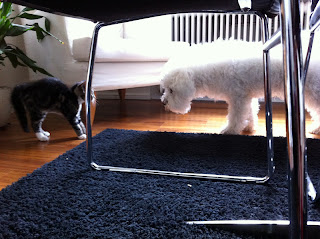 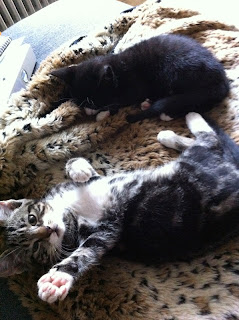 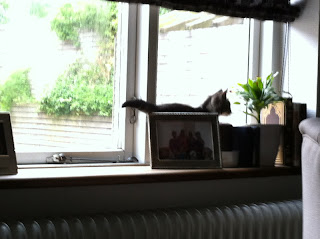 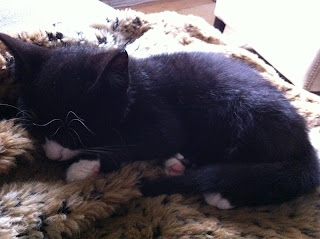 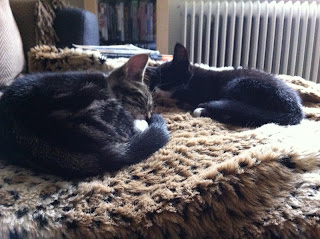 Aww, they are adorable! And you are such a sweetheart to adopt two kittens. :) That was definitely the right decisions....I know it's hard to make such a decision after a beloved pet died....

So cute! I love kittens. Please feel free to post as many adorable kitten pictures as you can.

So cute! I know it is hard to go through the bad times, but so worth the journey!

Awww - they are adorable - good for you ! Love the names :)
Animals are the best,
All the best,
Brenda

They are adorable! Hope they become best friends with Albert and cheer him up.

How freaking cute are they?!?!?

Oh enjoy them, and their inevitable naughtiness, as we're enjoying our newest sibling-furballs as well!

And also, I MUST say, their names?
AMAZING. :D

Just catching up on your blog, so you know what that means: reading backwards. I heard about these new additions a couple posts back and was really hoping to find a post about how they became part of your family. Congrats on your sweet new additions, and great jobs on the names :)