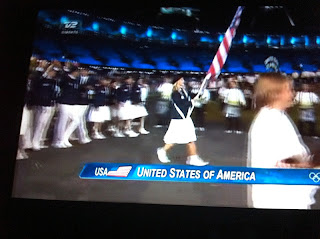 I made it all the way to the end of the Opening Ceremonies of the 2012 Olympics! Considering they ended after 1am, Danish Time, that is quite a feat for this grandma!

And I have to say---- WELL DONE, LONDON! The way that they took us on the journey through their history, literature, and music  was AWESOME!

My favorite part was when the sky filled Mary Poppinses (is that the way you PLURALIZE Poppins?!). 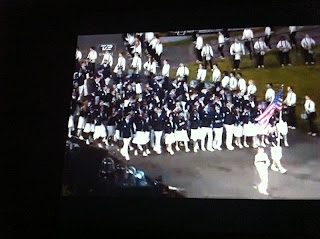 However I do have to admit that last night was actually a learning experience for me! First of all, I had no clue that PETER PAN was written by a SCOTTISH author!! I knew, of course, it was not "by" Disney, but I just assumed it was American! :-) 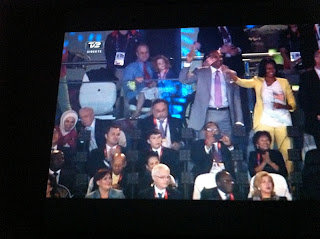 And then I also have to admit that although I thought Rowan Atkinson's bit was funny, I had no clue who Mr. Bean was until I googled him. He comes on Danish tv quite often, but I don't watch British comedy because honestly.... I don't get it! :-)

And finally, I have to admit that as the countries were filing into the stadium, I had to google 2 of them because I HAD NEVER HEARD OF THEM! But now I know where PALAU and KIRIBATI are!

I was totally impressed with the US outfits....although as I googled them to read about the designer (thank you, Ralph Lauren), I learned about all kinds of controversy because they were actually MADE IN CHINA??!! UGH.

I'm so sad I missed it! I was holed up in the woods during all the excitement. I have been catching up online though, and it looked amazing! I can't believe you never knew about Mr. Bean! I have to say though, I am not a huge fan of the Team US uniforms. Ralph Lauren would be the obvious choice of designer, but those berets? I don't get it. Am I missing something?