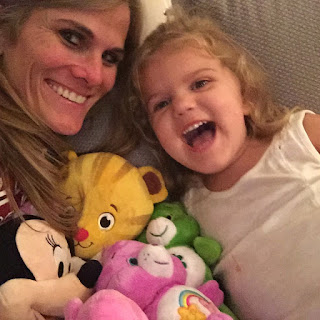 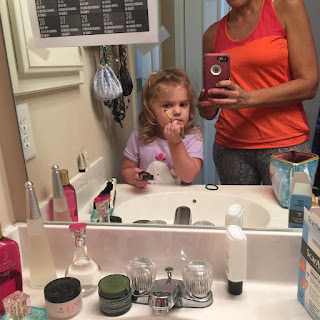 It was, without a doubt, the perfect start to a seemingly perfect weekend.
Until it wasn't. 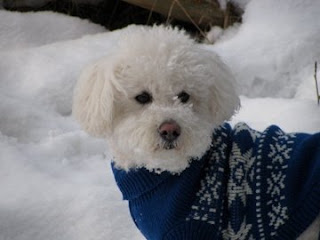 He is a 10-year-old Bichon who has been my fur baby since May 2005. Everyone who knows Albert loves him. He is the most good-natured, loving, & precious pet I have ever owned. He loves me unconditionally. He loves me so much that in 2008 he climbed into a kennel (without question or resistance) and was then loaded into a very large airplane destined for Denmark. Like me, all he knew was Texas, but he trusted me to take good care of him in our new home.

While we lived in Denmark, Albert became the MOST WALKED BICHON on the planet. While this Texas girl did not always like the chilly crazy Danish weather, Albert LOVED it. Some days he would get 5 or 6 walks, but all days, he got at least 3. Some days were in the neighborhood, some days were in the hundeskov (dog forest), and some days were on adventures all over that amazing country. We walked. A Lot. (Too bad I didn't have a FitBit back then to track all those miles!)


All that to say, ALBERT LOVES HIS WALKS. And that did not change when we came back to Texas in 2013. We have to be careful in the heat of the day, but he still gets 3 walks a day. He begs for them. He reminds us when it's time because he wants to make sure we don't forget.

With the high temps during the day, we tend to do our longest walk in the evenings. We have a pretty predictable route that takes us about 20-30 minutes to finish. It winds through all the streets of our neighborhood and gives Albert lots of great places to sniff and explore.

On Saturday evening he and I were on our evening walk. Mads was on I45-S, headed home from Dallas. Jacob was out playing basketball with his friends, and Corrie had gone back home with Jess, so it was just me and Albert. We were not quite 10 minutes into it when we turned a very familiar corner and headed up one of our usual streets. Albert was happy.

All of a sudden, I saw a dog bolting toward us from about 3 houses away. We were on the other side of the street, minding our own business, but as I saw him barreling toward us, I heard someone behind him screaming at him to stop. The scream came twice but he never stopped. Dogs run up all the time (yes, OFF leash) to sniff Albert and say hello. He is always very patient and allows them to do their thing while he just stands there. But today was different. I was on Albert's right side. This dog, a Golden Retriever Mix of some sort (about 2 1/2 times Albert's size), ran past Albert's left side and came up from behind him. The rest happened so fast that it should feel like a blur; instead, I can still see every single movement of that dog like it was happening in slow motion.

He opened his mouth and latched on to Albert's neck. He lifted him up and began to shake him from side to side. I tried to pull on the leash to get Albert away, but the dog was too strong. Albert's screams began to pierce the air. I can still hear them, echoing in my head.... The dog's owner got there at that point and pulled him off as I tried to pull Albert away, trying to be careful not to hurt him worst. But the dog was not finished. Once he released the back of Albert's neck, he bit down again on his rear end. At this point, mayhem ensued. I was screaming. Albert was screaming. The dog's owners were apologizing again and again, but that was the last thing I wanted to hear.

I was sitting on the asphalt in the middle of the street, holding Albert, trying to stop his bleeding. He was still crying, so I knew we had to get help fast. I immediately found the vet's number and called. I explained to the after-hours service what had happened. She assured me the vet on call would call within fifteen minutes. But thankfully, she called me within 2. I explained everything to her and she asked me to try and assess his injuries. I am sure my hysteria and sobbing prompted her next request. She said, "Can you get him home to your house so I can meet you there?" Yes, to my house.

Within 15 minutes, she arrived at our house. Albert's screams had subsided and his breathing was beginning to regulate itself, but the wound on his back would not stop bleeding. As she pulled his hair back to check, she explained to me how bad things were. All I remember was something about his needing staples, but that his lung had not been punctured. The rest is a blur except for her asking me if I could get him to the clinic.

We have the greatest vets. I have thought that all along since we first met them upon arriving back to Texas in 2013, but the way that our on-call vet from The Boonville Animal Clinic took care of us that night has made me a TRUE BELIEVER in them. They really are all about their patients. On a Saturday night at about 8:30pm, this dr. was cleaning Albert's wound, talking to him (and his frantic momma) in the most soothing voice in an attempt to put us at ease. She talked us through the staples to repair the 4 inch rip in his back and then she walked me through all the medication. She explained everything from start to finish, so that I felt fully equipped to take him home and care for him over the next few days. (And then she called on Sunday to check on him and then on Monday, she came over to deliver more meds. WOW. WHO DOES THAT?! I have felt so taken care of through this whole experience.) 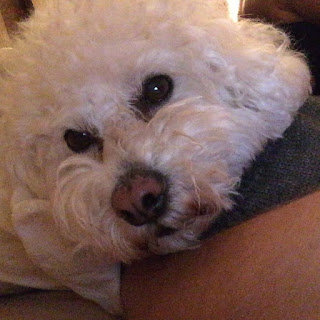 I have been having the most awful flashbacks from that experience, so those, coupled with the pain that Albert has been going through, have just made these the most horrible days I have experienced in a very long time.

The dog's owners came over several times this weekend to check on Albert and once, they even brought him a gift. Each time they came, I had Mads talk with them because no matter how apologetic they were, I just was not in any position to listen to them or offer an acceptance of their apology. Maybe someday. But definitely not yet.

Dogs belong on leashes. Albert is ALWAYS on a leash. Not just because we are compliant people (it's the law), but because we don't ever want to take a chance of him getting away from us. The leash is to protect him as much as to keep him from bothering others. So to have people that don't act from that same compliance viewpoint or from having a shred of consideration for others just SLAYS ME.

Telling me your dog has never done this before does not help me.
Because he did it on Saturday, Sept. 12.
And he did it to my boy.

After 48 hours of recovery, Albert was ready for a walk yesterday.
We will never walk on that street again. Never.
And I will never take another walk without some kind of protection. I will never allow Albert to be hurt again and I will never again feel defenseless.
Yesterday and today that protection has been in the form of a newly purchased bottle of pepper spray and my pitching wedge. Luckily that is one club I hate to use, so for now, it's my walking stick.

Please be careful when you walk your dog. Stay aware and keep him safe, just like you would with your kiddos. The state of Texas considers dogs to be property, but I can assure you that our family does not view Albert in that way; he is one of us. Remember...he's been with me even longer than my sweet Viking has been!