A change of plans


Once upon a time a level-headed and incredibly focused southern girl fell in love with a mysterious Viking who came from a land more than 5000 miles away from the place she had called home for nearly 4 decades. 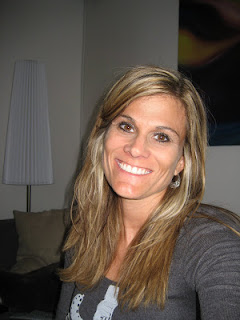 A year and a half later, that level-headed and still focused (albeit with a different direction) southerner sold her furniture, packed her bags and her very large collection of books, loaded up her cat and her dog, and moved across the ocean to start a new adventure with that mysterious Viking.

She turned her world upside down and left all that was known to move to a land that was not so kind to foreigners, to outsiders. She left her daughter, her parents, her career, and all of her friends and moved to a place where she truly knew ONE person.

But she was brave and tough, as most southern girls are. She was a pretty smart girl (again, as most southern gals are), but her learning curve in this new land was steep. Within only a few weeks of being there, she was already immersed in learning the rather awful language of the locals (well, the locals where she was since that language had 62 different dialects...), she was beating down every path to find a job, and at the age of 38, she was learning to drive... a STICK, that is. 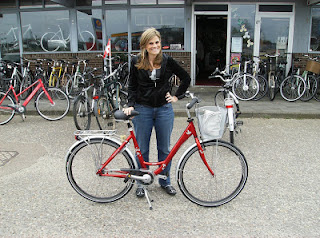 Plus she was navigating all the many nuances of being in a foreign land...you know...the exotic stuff like buying groceries, mailing letters, ordering a cup of coffee, riding a bike (AS TRANSPORTATION) and wearing winter clothes in the month August.

The Viking helped her figure some things out, but she was the kind of girl that Destiny's Child sang about, so she was determined to figure it out herself... And figure it out she did!  In fact, even the local journalists were impressed with how well she was fitting into this new life in such a short time. 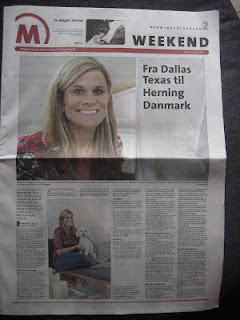 Within 6 weeks of being in this new land, her dad had a massive heart attack, followed by a 5-bypass operation. The same day he had his heart surgery, her MoMo Fontenot passed away, but through the sorrow, the loneliness, and the broken heart, she persevered. She kept waking up each and every day, determined to embrace this new life.

This very conscious and intentional embrace lasted nearly 5 years. In fact, when she left Denmark in 2013 to come back to Texas and to her mom who was dying of pancreatic cancer, she was only 5 weeks shy of making that 5-year mark.

The Viking eventually joined her in her home state of Texas and worked to find his niche in his new home. He already knew the language. He already knew how to do the daily stuff of American life. And he already knew how to drive the family car, so his learning curve was substantially different than the one she'd encountered five years before. Oh, and he left those winter clothes packed away except for those few weeks when winter actually appears (at the CORRECT TIME on the calendar) in College Station TX... Plus he moved to a place where foreigners are embraced (yes, this was pre-Trump). In fact, he moved to a land CREATED by foreigners. So again, the steepness of his climb looked drastically different than hers had 5 years prior. 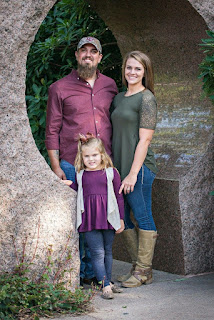 Their life back in Texas was centered around family-- but then he accepted a job that took him away from that family for weeks ....and eventually months... which actually turned into nearly 2 years.

She kept her focus on family--the family she'd missed for 5 years of living 5000 miles away. In fact, they CHOSE College Station as home because of that family. Being in the same city as her daughter, son-in-law, and granddaughter was the most important thing because she'd sacrificed being with them for too long. 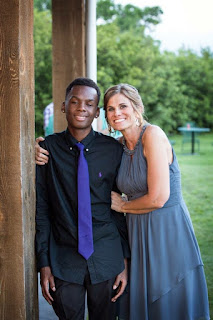 Then one day in 2014, a young man came into her life that set her course on a new path... a path she never expected to walk again. She'd been a mom for nearly a quarter of a century, but now circumstances were presenting the chance to for her to become a mom again.

The Viking was excited for the chance to "be a bonus dad/mentor/role model" for this young man...so their intimate family of 2 grew to 3... and then not too long after that, circumstances allowed it to grow again... 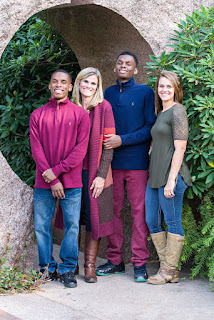 Well, the Viking was away a lot. In fact, he was away more than not. On average, in 2016, he was home 5 or 6 nights a month. But life at home in the family continued. Bonds grew stronger. Routines were established. Relationships flourished. And he was missing out.

By the time he "came back home" in December 2016 (after losing his job), he quickly figured out that there were things about the family life that he did not know how to integrate himself into. He'd never been a parent before. He did not understand the core of what it means to commit your life, your time, and your resources to another human being who needs you. He did not understand that no matter how old your kids become, you never stop parenting them. You never stop supporting them. And they never stop needing you.

This was too much for him to accept. Too much for him to commit to long-term. But the southern girl explained to him that it was no longer just the 2 of them...she was now a package deal-- 3 for the price of 1.  But he didn't want to be forever bound to that package, and within 5weeks of his moving back "home", he announced that this was not for him and he needed to go back to his "home" --to that land across the sea so he could start over for himself.

But she was still brave and she was still tough, as most southern girls are, and she knew that she and her kids were going to be ok. She knew what it took to be a single mom--she'd done it before and she'd do it again. Right, wrong, or indifferent, her daughter always came first and that philosophy had not changed now that she had 2 sons. So on Feb. 1, that Viking boarded a plane back to that mysterious land, the one that is not so kind to foreigners, and left behind the chance to be a part of something that this southern girl considers to be the greatest thing on earth... a family.

Was she sad? Sure.
But there were people depending on her to pull up those good ol' southern boot straps and get busy living, so being sorry for herself and her loss was not a luxury she could afford.

Life was moving on and her family needed her.


So don't be sad for her for what it seems like she's lost.
Instead cheer her along as she works tirelessly each and every day to care for her family. She wakes up every morning ready to be the kind of mom that her kids need and to be the kind of daughter that her dad needs. Nothing else matters.

This is my story and I am choosing to write my own next chapters rather than allowing someone else to write them for me. Being an expat for 5 years in a place where I had to fight to belong strengthened me in a way that the world better watch out. You ain't seen nothing yet.
Signed,
Jess & Jacob's Mom & Corrie's MoMo
at 12:07 AM

Your story is beautiful, and I'm excited to Continue following you as you start turning the pages of your new chapters! --Lindsay Frost

You are good, strong, powerful, beautiful people.
Everybody walks the path they choose.
Grass and rocks
Rain and sun
And people.
We love you.

Wow, you have quite the adventurous life! Good for you for loving your family wholeheartedly. I'm so sorry about your Viking but like you said, you're strong and you've got your family. You've got this! ❤❤❤

You have been through some things that would break some people, but not you. I really admire your strength. Thank you for sharing your stories, they are inspiring.

Sorry to hear this turn of events, have followed you since you lived in denmark and we nearly moved to Aarhus but you seem strong and I wish you all the best. I hope this hurricane Harvey doesn't hit you too hard.

I love to see you blogging again. I've tried to start up again a few times but always feel like inhave nothing interesting to say. :)

I am always inspired by you as a woman, as a mom and as a human. You always choose to walk in the light and not the shadows. I know you were blessed and learned some amazing life lessons in that country that we both know is not kind to outsiders.

I'm happy that you are with your family and I'm happy you have happiness in your life and heart. :)

Wow, wow, wow...may God's grace continue to be with you along this journey called life. The best is yet to come. When I met you my son, and LaTisha Moody's nephew Christian Richardsons 7th grade year at Rayburn. I told my wife that lady is different from the rest, your character and energy is phenomenal! Keep the pace and run the race!
Eccl. 9:11
#yougogirl
#yougotthis