Diatribe of the day

Before you can fully grasp the context and the emotion behind today's post, you must ensure that you have a working knowledge of the word "diatribe".

Surprising to most is that I am not attacking intolerance or bigotry today. I am also not taking a stand against what the ridiculousness of standardized testing has done to our children. And I am not coming out against anything our nation's leader has said or done lately.  You see, I have no energy left today to fight any of the aforementioned things about which I am usually so impassioned.

Today my fight is against another evil force, one with which I have been confronted all too often in these most recent years of my life.

I am so fucking sick of you and your insistence on invading my family and robbing me and my loved ones of the incredibly precious gift of life. In fact, the most basic things guaranteed to each of us by our country's Declaration of Independence are the very things you continue to try and take from us.

Life.
Liberty.
The Pursuit of Happiness.

The human race speaks up, quite vehemently in fact, against ruthless forces in our history and in our world. We loathed Pol Pot. The name Hitler conjures up contempt in our souls.  We associate the name Hutu with all things repugnant. And the mention of Kim Jong-un makes us want to shout words like "attack".

So how is that you, cancer, only cause us to say things like "fight harder", "pray more", or my favorite..."accept".  In last month's Atlantic, there was an article about this exact thing.   The best part of the entire article contained these words:


But here’s the most tragic unintended effect of assuming that fighters should battle against the disease: the missed opportunities to fight for things that are most important — and achievable. Those would include time with family, completion of estate planning, restoration of relationships and even bucket lists.

So cancer, FUCK YOU.

And fuck you for doing your damnedest to take our dad now after he already worked his ass off to beat you in 2011.

I am so unbelievably sick of you.
I know he cannot be cured. He knows it, too.
So you know what I am doing?!
I am letting him live however in the hell he wants to live.
He is calling the shots, not me. And most definitely, NOT YOU. 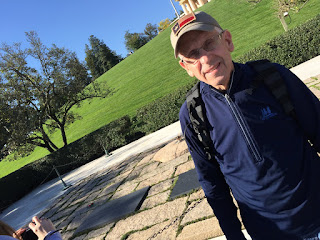 11 months ago he fulfilled a lifelong dream as he watched the soldier march at the Tomb of the Unknown Soldier in Arlington Cemetery, surrounded by every single person in our small, but mighty, family. 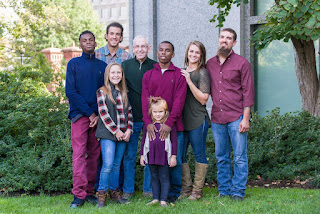 10 months ago he gathered around the Thanksgiving table and ate all the things he loves with all the people he loves.


9 months ago he celebrated an incredible Christmas holiday filled with gingerbread house contests and hay rides at Santa's Wonderland. 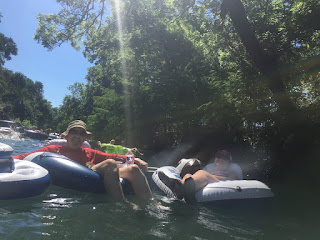 And then only 4 months ago, he jumped in an inner-tube on the Comal River and soaked up the awesomeness that is Texas sunshine in the month of May.

He did all of that IN SPITE OF YOU, cancer. You have tried all year long to rob us of moments such as these... and you have failed. The oncologists are shocked that he has come this far and done so much because his scans from last summer say he should not have been able to accomplish all that he has.... but he did.

You hear that, cancer? HE DID.

Some days now he does not have the energy to do what he needs or wants to do, so on those days, he CHOOSES not to do anything. Not you, cancer. You don't get a choice in those decisions. It's his decision.

Because on other days, guess what?  He does have a little more energy to get up and do what he wants. Yes, what HE WANTS. Not you, cancer. Not you.

Cancer, I know you think you are about to win another fight, but that's where you are wrong. Because you can't win a fight that is not happening.

We are not fighting you.
We are done with that bullshit; we are finished with that nonsense.
We have chosen to focus our fight on what's REAL and what has MEANING. We are fighting for the chance to see another sunrise, to celebrate another grandkid's birthday, to eat another piece of coconut cream pie, and for the chance to enjoy another Saturday filled with college football on just about every channel on the TV.

We are fighting to maintain those basic rights he was promised so long ago by our founding fathers.
Life.
Liberty.
The Pursuit of Happiness.

Our pursuit of happiness may look a little different these days; it's captured in small moments rather than grand adventures, but that does not make it any less sweet.

So while I do loathe bigotry, intolerance, and standardized testing, I fucking DETEST cancer. And I am sick to death of it thinking that it can continue to just creep in and rob families of the moments they deserve.

And just as John McCain reminds us in the face of a life-limiting illness, it's not that you ARE a fighter that matters; it's WHAT you're fighting for that counts.

((((HUGS)))) I too hate cancer and you are doing it just right, so more ((((HUGS)))) to you and all your family as you continue to walk down this path. Thinking of you and keeping you all in my prayers.