Last night at about 11:30PM my dad took his last breath in his home in College Station. He was released from the pain and the suffering that had ravaged his sweet little body for too long.

Death is hard.
It's especially hard on our kids because they just don't really quite grasp the concepts of suffering and palliative care. This is even more true when we have kiddos who have not had any up close and personal experience in their relatively short lives. They see someone they love suffering and it they just don't understand why it has to continue day in and day out. 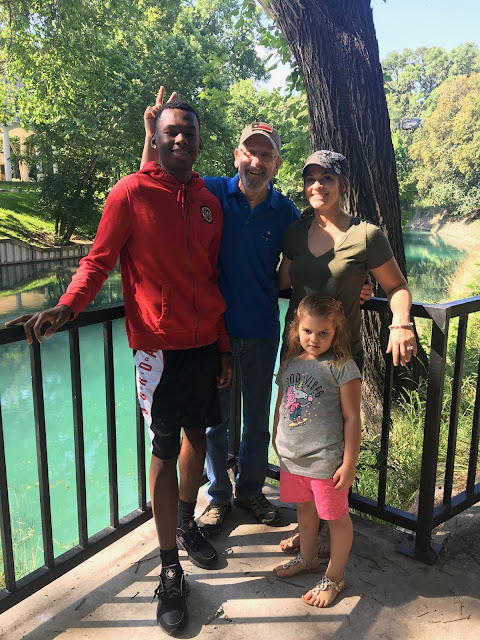 A year ago I would have said that exact thing about my 2 kids. Yes, Jess watched my mom decline in the 256 days she lived with pancreatic cancer, but because we all lived so far away from her, it was not something that confronted us each and every day.

When we moved my dad here last year, I knew that this would be a double-sided experience for Jess and Jacob. Yes, they would get to have amazing moments on a very regular basis with their Pa, but they would also have to watch his body break down a little more each day, until finally he just was not able to fight that disease any longer.

On Sunday night, as 9 of us gathered around the dinner table for a big pot of gumbo with my dad lying in his bed in the next room, Corrie said, "MoMo, Pa can't eat dinner with us because he's getting ready to go to heaven to see Granny."  Precious words from my precious girl. She got it. In her very simple way, she totally got it. She was not bogged down in the hours and hours it was taking for his body to give his spirit permission to go; she was merely recognizing the fact that his chair at the dinner table was not needed any longer because he was going on to something better than we could even imagine.

So yes, the last year was filled with precious moments for my kids--moments they will carry with them for the rest of their lives.  But there is one moment in particular that I could not have planned. The beautifulness in how it happened is what I am most thankful for as I sit and reflect on the last 24 hours.

Since my sister and her family flew back to Colorado on Tuesday, Jacob knew I would be sleeping over at Dad's. It's only 9 houses down from our house, so I told him he could just go home each night and then I would come and wake him up for school the next morning. But he insisted on staying there with me on Tuesday night. We were up really late as Dad was incredibly restless that night, and I was so thankful he was there. It was not that he DID anything; it was that he put my care above his own and stayed....

It was hard on him at school the next day, so last night, I told him around 10:30 that he could just go on home and get a good night's sleep. But he said NO. I didn't even have to ask. He made the decision to stay.

We checked on dad several times before we got ready for bed and each time, he was lying there in his bed, fighting for each inhale and exhale... I firmly believe he knew we were there. Even though his heart had slowed quite a bit from the rapid beats it had been pumping the last several days, I thought we still had several hours ahead of us, so at about 11:20, I went into the living room to put the sheets on the couch for Jacob while he was in the bathroom finishing up his nightly routine.

A few minutes later, the preparations were done.
We were about ready to turn in as I looked at him and told him how glad I was that he decided to stay with me. And then I went in to check on dad one more time before brushing my teeth... and I discovered that while we were doing those other things, Dad had taken his last breath. Jacob must have heard me start to cry because in just a matter of seconds, he was standing there with his arm around me, just holding onto me....

We stayed that way for just a little while, each of us stroking dad's hand as his body very quickly began to turn cold...  A few minutes passed before it registered that I needed to start making my calls to our Hospice nurse, to my sister, and to Jess. The Kelli that everyone knows and loves went into action mode and attempted to do what she needed to do.

But that kid... the one who has never really had any personal experience with death before now... just stayed there with me. I made my calls; he stayed. My tears flowed like he's never seen before; he stayed. I attempted to close my dad's eyelids as he lay there; he stayed. I would compose myself for a few minutes and then crumble again; he stayed. I went to go and unlock the front door for all of those who would be arriving shortly; he stayed right there so that dad was never alone for a second.

And it was not until our Hospice nurse, Chester, walked into the bedroom, that Jacob moved. He honored my dad by being there through it all. As the nurse took his vitals and pronounced his death all the way up until the funeral home staff wrapped dad up and wheeled him out from the bedroom, Jacob stayed. I was never alone, but all I could think about was how only an hour before, I had tried to send him home to sleep. I don't know if he had a sense about something? Or if just out of sheer love and worry for me, he made that choice not to leave.

Finally, a few hours later, the house was quiet, so we made the decision to go home to our house to try and sleep. But before we left, my sweet son did something he has never done before in all the years we have been together...He put his arms around me and hugged me in a way that truly symbolized what our life has become. I may not have given birth to him, but I know beyond a shadow of a doubt that he loves me in the very same way that I loved a precious man who was not a part of my birth either.

Once we got home, I talked to Jacob about how this was more than him just being there to support me tonight. I told him that he just experienced a most DISTINCT HONOR that the majority of people do not get the chance to ever do with their loved ones. He got to be there, in my dad's home with him, as he left this earth and went to reunite with my mom. We talked about how even though death and being present with someone who has died can be scary, tonight was not a scary thing. Rather, it was a precious moment that he and I got to experience together; those hours represented a true ushering in of the challenge we now have to honor that moment and live the legacy my dad has instilled in each of us. 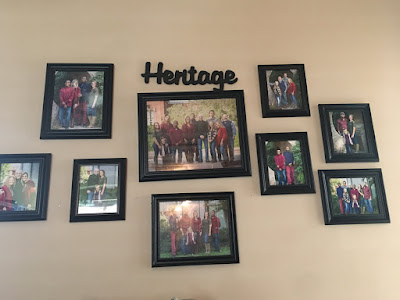 The next days will not be easy. There are plans to be made, details to be considered, and emotions that will crash into us when we least expect it. But our family is strong. The 9 of us have walked this path right alongside my dad for months and now that he is gone, the 9 of us will continue to walk it as the powerful tribe that we are. We have a heritage to live out because of what Mike Rogers gave to us and I can assure you that we will not disappoint him.

First, those sweet words from Corrie. How amazing she is,so young.

Jacob is such a light. What a great young man. He stayed with you because you taught him unconditional love when you took him in and made him yours and made your family his. He is so blessed and he is walking a life that shows he knows it. How proud you must be of your while tribe. An amazing family. Truly blessed.